4th edition: Every month, 13 tracks with no other purpose but to make you feel fine! 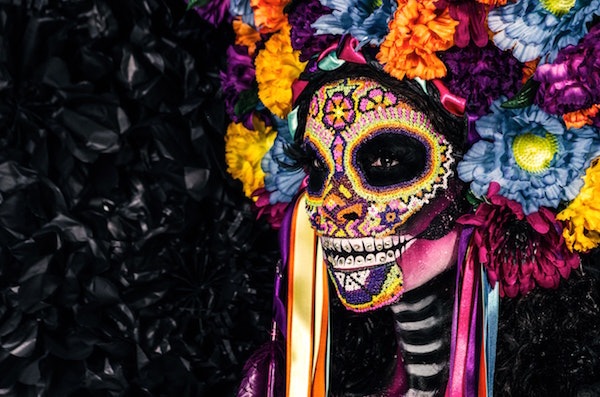 For the full mixtape scroll to bottom, or check our Soundcloud / Mixcloud Pages 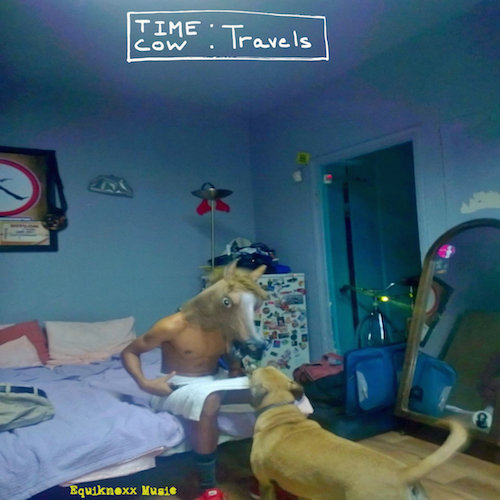 I have nothing but fascination and love for Timecow and his Equiknoxx team, a group of Jamaican geniuses reinventing dancehall with experiments from Outer Space, operating between Kingston, London, and Warsaw… I’ll save that story for a future Asymetrics article!

Out of many of their unstoppable flow of productions, this particular song got me totally hooked. It features the phenomenal Exile di Brave, who can also be heard over the oddity “Run” by Gavsborg (another Equiknoxx founder).

And, speaking of Gavsborg, here is the strange video assembled to illustrate the beautifully deep and spacey “Elephant Man” tune, featuring the same Timecow on the vocals this time, alongside up & coming London MC Rtkal: 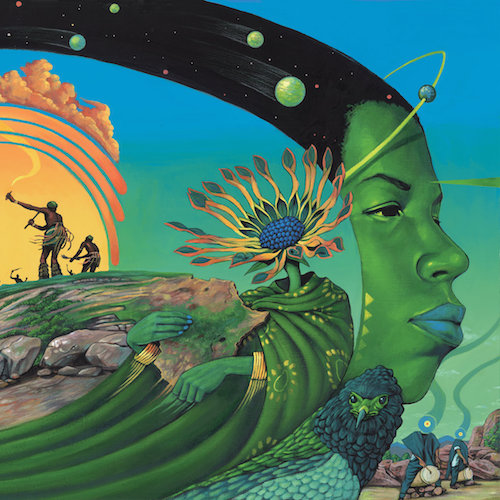 Insane wobbly, post-apocalypse vibe by the one and only @jahjahmuldrow!

The unclassifiable producer known for her completely free approach to anything hip-hop and affiliation thereof captured my mind with her VWETOII album – oscillating between J-Dilla-esque beats, soulful shizzle, and ‘ardcore continuum madness!

If you’re not yet familiar with Georgia, check her having fun making out-of-this-World beats for Berkeley Music College Students’ education:


A new staple of Berlin’s percussive Bass scene, Goro originally hails from Sofia, Bulgaria, and is a super daring producer! Blurring the lines with very different tracks (and multiple identities), sometimes leaning towards syncopated techno, and others just cheekily playing with his own voice, auto-tuned beyond recognition (check his ethereal first album Unbound Forever), he can also sometimes throw the odd Bulgarian Talava or Chalga in his sets – my kinda DJ !

Daj Mi Parite (meaning “Give me my money”) features the weird Tarikata, who seems to be another one of Goro’s personalities involved with fun extravagant Trap oddities !

Cosmic Raï from French Algerian music veteran Sofiane Saidi, who teamed up with the band Mazalda in 2018 to come up with the colourful album El Ndjoum.

The titular song was co-produced with the unique Sofyann Ben Youssef, aka Ammar 808, a Brussels-based Tunisian, transcending Maghreb’s rich music with synth and bass heavy rhythms. If you dig the vibe, don’t miss Ben Youssef’s latest inprint, titled Global Control/ Invisible Invasion, for which he traveled to Tamil Nadu to further push his music’s envelope with intense Southern Indian sounds – see for yourself with the below clip – this stuff runs real deep!


Already featured on my 2nd Round-Up, the Roman producer and Kampalan MC are back in full force with a proto-Dancehall Bass hitter. The flip side to this release is also a killer, pushing an old-school 2-step swing with maaaadd lyricism from the rising star of Uganda.

The EP is out on November 6, 2020 – a Bandcamp Friday. If you’re not familiar with the platform, just know that once a month since the beginning of the Covid crisis, it waves its (already reasonable) percentage on sales, heavily promoting the event, allowing struggling artists to get a humble extra income in these troubled times. Lorenzo also told me that Kitala recently suffered health issues, and that all sales would go directly in his support.

I already mentioned Mumbia y Sus Candelosos in a previous article about Minyo Crusaders: Baddass percussionist Mutsumi Kobayashi leads this Tokyo-based Cumbia mayhem. The record artwork is also worth mentioning, coming in hot from Bogota-based Mateao Rivano: read more on Gladys Palmera’s essential website, where dj Pinche had the brilliant idea to prepare a playlist based on Rivera’s shenanigans. 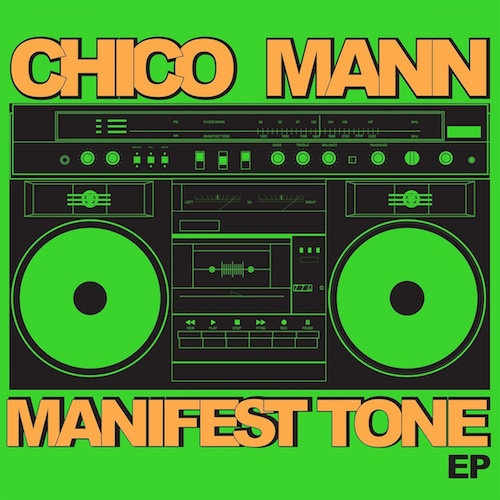 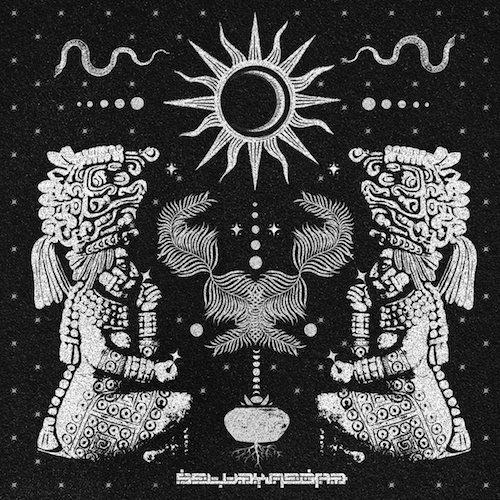 A deep & dark Cumbia tune produced by newcomer Jose Gonzalez aka Selvaxnegra, from Orange County CA., whom I originally came across via his amazing photography work – deep, dark and stormy art, sonically and visually, watch this space!


The next 3 tunes are all part of re-edited EPs by the groundbreaking label Secousse – brainchild of French DJ Etienne Tron and his wonderful Secousse Radio. 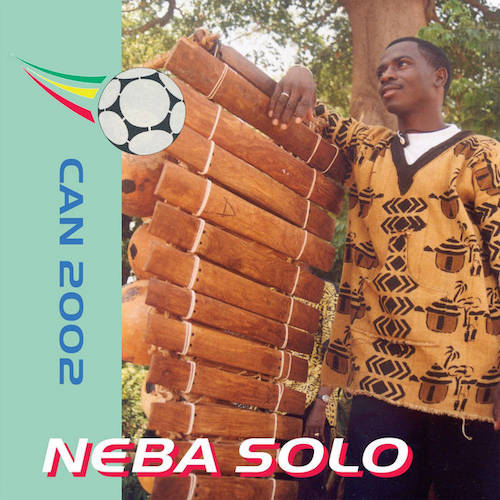 Composed in 1999 by Malian Balafon virtuoso Neba Solo (Souleymane Traoré) to celebrate the selection of Mali as host country for the African Cup of Nations (CAN) 2002, this tune has become somewhat of a major hit since, with a killer vibe still resonating over 20 years later.

Secousse also edited a cool video for the release:

Guadeloupe veteran of Gwo-Ka, Rambhojan dabbled in Zouk with heavy electronic production in the 1980’s. This track is pure dancefloor joy!

If you want more of this, don’t miss Secousse Radio’s Retro Zouk Mixtapes, a potential palliative to whatever restrictive measures are keeping you home right now! 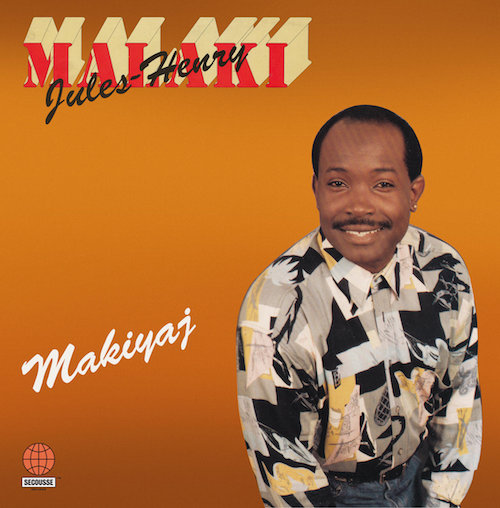 Monster bombtrack from the mid-90’s Guadeloupe, Makiyaj is one of my favourite Zouk tunes (along with Erick Cosaque’s Embawgo, which I already mentioned in my very first Round-Up). Just shut your eyes and let that insane, blissful, bass swing take you away!


This wraps it up. Enjoyed the selection and want it full spectrum? Check out the mixtape: