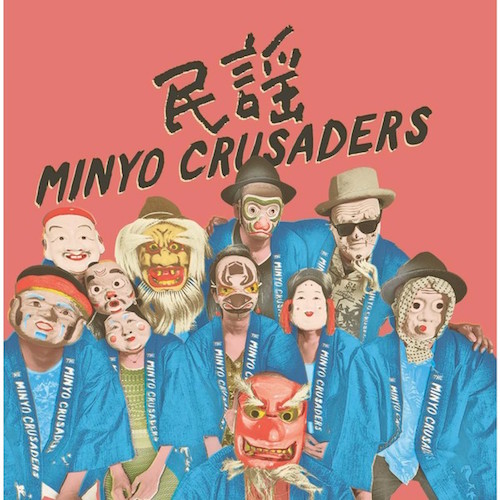 We all have a soft spot for Cumbia at the Asymetrics.

Personally, on top of it, I have an obsession for all things Japanese (like all western kids growing up in the 80s and 90s, I fell in the Manga culture cauldron from an early age, and later developed a taste for Japanese cinema, traditional music and literature).

So, when a friend put the below video of Minyo Crusaders’ Aizu Bandaisan cumbia-driven madness under my radar, I literally jumped off my seat!

On my side I could not believe how hot the tune was, and immediately reminisced of Cumbia anthems like Rodolfo y su Tipica’s Tabaco y Ron, or Lucho Bermudez’ Arroz con Coco. Aizu Bandaisan also contains a brilliant homage to Duke Ellington’s Caravan – add that to my list of favorite covers of the classic!

It turns out, sung by the intense Freddie Tsukamoto, Japanese Min’Yo folk songs make complete musical sense with African and Caribbean rhythms like Cumbia, Ethio-Jazz, Salsa, Reggae, or Afrobeat, as the band demonstrates throughout its first album, Echoes of Japan (full playlist below):

The idea for such an out-of-the box combo came from guitarist Katsumi Tanaka’s distress after an earthquake in Tohoku in 2011. Himself stemming from the rock scene, he figured getting back to traditional fishermen, coil miners and other rural folk songs would create a catalyst, and enlisted the help of Tsukamoto, a Jazz singer with a passion for Min’Yo.

The pair proceeded to gather an unlikely crew of musicians from different backgrounds (full story HERE and HERE), from Ska to Reggae, or Cuban Son. Among them are, Tokyo Sabroso's Meg (vocals), and phenomenal Bongo player Mutsumi Kobayashi, a familiar of Cumbia, which you can see below with her other band Mumbia y sus Candelosos (and the wonderful melodica player Pianica Maeda):

Such genius did not remain in the dark for very long, and Minyo Crusaders quickly got lined-up at many World music festivals (watch them astound the crowd at Utrecht cutting-edge Le Guess Who).

In the process, they got the attention of another group of folks straight from Cumbia’s hotbed: Colombia’s very own Frente Cumbiero. Immediately hooked by their vibe, Bogota based Mario Galeano Toro (also behind the brilliant Ondatrópica project) invited them to his studio for a 2 days session which resulted in a powerful E.P Titled Minyo Cumbiero (released in August 2020). 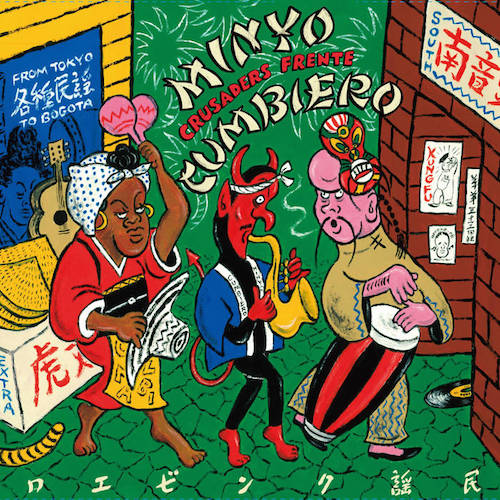 Watch this incredible video for Cumbia del Monte Fuji,a straight up tribute to the classic Cumbia del Monte by Pedro Laza, and infused with notes of another anthem: Cumbia Sampuesana, to get an idea of how much fun the experience seems to have been!

With a promise to bring back those “songs for the People” to their dancing and drinking roots (in the words of Katsumi Tanaka), Minyo Crusaders is sure to make many many waves in the near future, and we can’t wait for more!