Second edition: 13 tracks in no particular order, preference of genre, or other purpose but to make you feel fine! 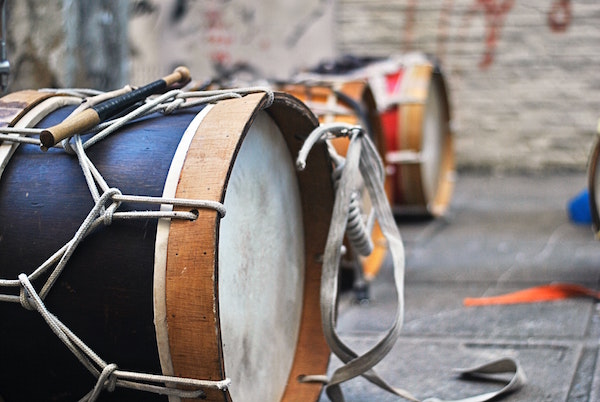 For this 2nd Round, we travel a bit through African and Afro -Caribbean influences. Featured tracks are:

Did someone say contemporary classic Ghanaian Highlife? My all-time favorite genre gets a gorgeous revival with new Accra-based outlet Santrofi and it’s mind-boggling!

While Highlife got a massive revival among World music lovers since record label Soundway dropped the seminal 2002 Ghana Soundz, followed up by many other fantastic compilations (too many to list here but check Soundway’s back catalogue, or Analog Africa’s Afrobeat Airways installments for a start), it has cruelly lacked genuine productions in Ghana itself in the past few decades; and while Ghana is a major incubator for incredible new music trends (plenty topics for future Asymetrics articles), Santrofi’s Alewa album comes as a breath of fresh air, somewhat outside of Accra’s current dance drivers, yet not completely retro. Check out this live-take of their Kwaa Kwaa tune for a glimpse of their potential:

Fresh styles from Scotland: eclectic band Samson Sound is known to experiment within a wide spectrum between reggae, dub, afrobeat and funk, and on this particular track, extracted from their first album Desert Rave (2016), delivers a wicked dubbed-out dancefloor killer with fat synthetic bass-lines that would not make fellow Glaswegians Mungo’s Hi-fi shy away. 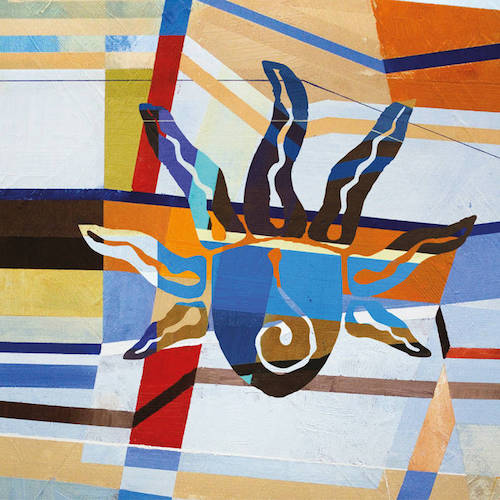 Eli A Free: Sebetutu (a Most Ghanaian Song) Ft Bryte

Back to Ghana with a rocking Afrobeat inspired number from free electron Eli A, who called onto Accra’s rising star Bryte for a modern twist. While Eli A Free is quite discreet online, you can often hear cutting-edge MC Bryte featured on Ghanaian superstar Gafacci’s production, or alongside London groundbreaking DJ Mina. Check out this live set from the pair at Nyege Nyege festival 2018 edition, for a whiff of how ripped your butt cheeks could get if you catch him on stage:

An insatiable explorer of all things Bass out of the UK scene, Lorenzo BITW has built an impressive library in recent years (don’t miss his beautiful debut album Love Junction, indeed a junction between UK Funky, Zouk, Dancehall and Techno), and is a regular staple on sets from established London underground ambassadors Marcus Nasty or Toddla T. among many…

If you dig the vibe, also keep an eye on Nyege Nyege Tapes, a label not for the faint of heart, sister to the groundbreaking festival of the same name that has brought Uganda to the forefront of African electronic music, and where both Kitala and Yallah have been known to blaze the crowd with fire performances. See for yourself:

While this suave interlude is only meant to tease you, Ghetto Kumbé’s first album is an absolute must-listen in full. Blending traditional rhythms and instruments from the rich Afro-Caribbean heritage of Colombia’s North-East coast with all things contemporary electronica (and a particularly marked love for Angola born Kuduro), the Bogota super-collective hold up to their promising early works and deliver a masterpiece which shall convince Cumbia and Bass heads alike.

Their creations include beautiful signature artworks and video, as seen in this stunning clip from the hit “Vamo a Dale Duro”:

Extracted from NYP Records’ second Global Riddims collection, this lovely, dark & warm Ethio-Jazz ballad by France’s The Selenites Band gets an extra kick courtesy of Funky Bijou. Devoted to pushing the boundaries of that sound pioneered by the likes of Mulatu Astatke or Mahmoud Ahmed, which rocked Ethiopia in the lates 60’s, the Selenites’ self-titled debut album is a gem!

Also worth noting: NYP records global riddims compilations are available for free on Bandcamp (please consider paying at least a symbolic few bucks, as all these musicians are seriously struggling these days). The three editions so far are amazingly representative of the global groove scene and definitely cater for the like/open-minded followers of Global Riddims’ Tony Heynen (count me in!), a legendary Brussels-based DJ. 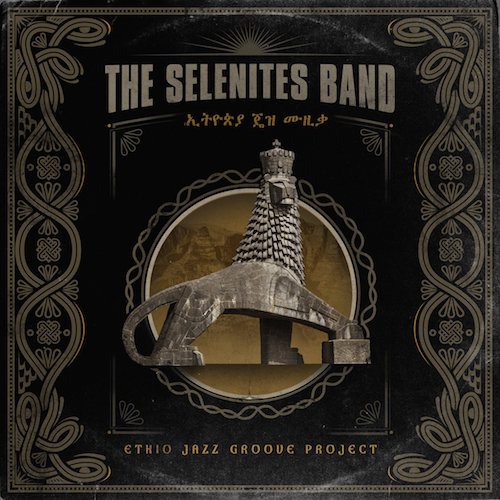 An obscure East African funk and breaks oriented band, Kingdom of Kaffa (named after a mysterious kingdom conquered by Menelik II and now part of Ethiopia’s North-eastern highlands) release regular limited press 45s, all recorded at Switzerland’s own 100% analog to tape recordings studio and label That’s Why Records. Bonga Chi’Fera was the b-side to their first print, and it’s a dark funk bomb with a mean little synth - Check it! 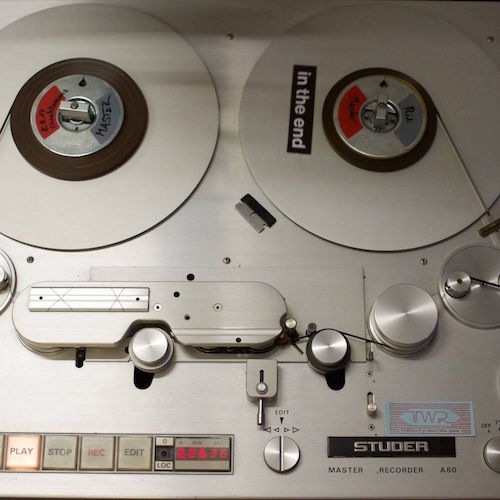 OK I’m cheating a bit here: this is actually two sides of a killer 45 from Chicago’s Hit Rock Records, a collective on a mission to bring back the classics with a zing of funky breaks straight to the B-Boys’ heads!

Have fun trying to catch the myriad of samples present in this smart mash-up of Big Daddy Kane’s Half Steppin’ and its source material: the Emotions’ Blind Alley.

Sousaphunk is a tribute to old school percussive funk with a definite Nigerian spin to it; courtesy of Lightning Head, a cool side project of Mr Glyn “Bigga” Bush, notorious for his work with Rockers Hi-fi in the 1990’s, and more recently with the fascinating Magic Drum Orchestra. Although originally released on vinyl in 2008, the album 13 Faces of Lightning Head, was recently re-edited courtesy of the essential label Tru Thoughts. 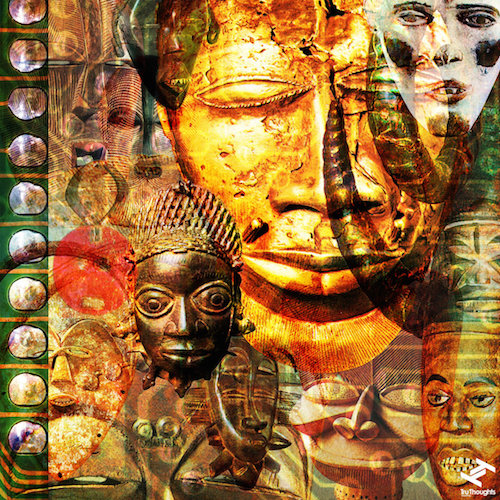 A native of Salvador de Bahia, Dr. Drumah (a moniker for the producer side of Jorge Dubman, an actual drummer and DJ) seized the opportunity during his recent quarantined days to produce a full album inspired by his favorite African artists. The result is awesome, fusing raw hip-hop energy with classic West African vibes and Dub thunder, in a way often reminiscent of the late Ras-G’s Afrofuturistic beats. 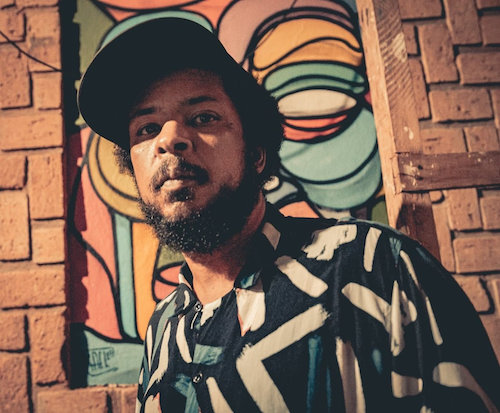 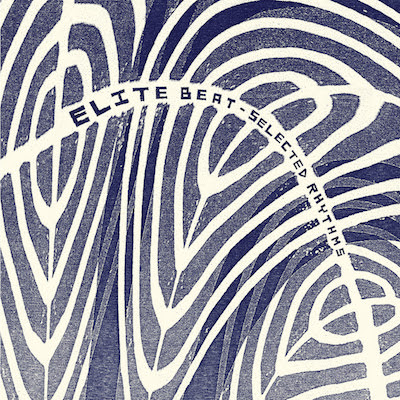 Cosmic dub effects, dancehall-infused rhythm section, and funky horns pack this powerful tune! Elite Beat hails all the way from Portland, Oregon, and never fail to surprise: a re-recording of Budget Dancehall was recently made with non-other than Mdou Moctar, the Tuareg flagship artist for Sahel Sounds, legendary imprint behind Music From Saharan Cellphones. 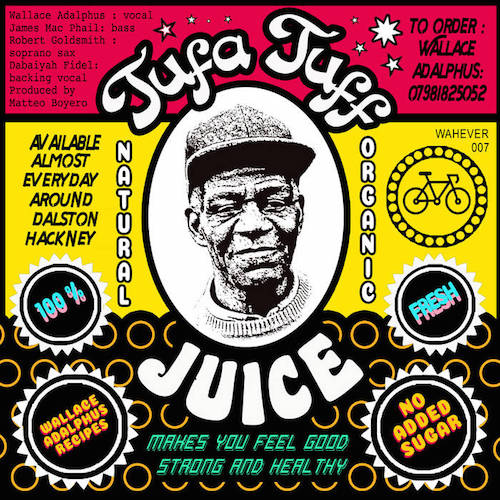 The coolest commercial break you’ve ever heard: Wallace Adalphus actually sells fresh fruit juices on a bike in the streets of Hackney, London. Inspired mind behind Wahever Records, Matteo Boyero had the brilliant idea to invite Adalphus to his studio and pull out this serenity-inducing dub-hitter. Next time you’re in East London, you know where to quench your thirst.

The Garifuna people are descendants of Africans enslaved and forcedly brought to the Caribbean islands, and indigenous Arawak and Caribs. The Garínagu (plural to Garifuna) speak a language (recorded by UNESCO as intangible Human heritage) of Arawakan roots, with elements of English, French and Spanish, and live mostly in small communities dispatched along the Caribbean coast of Belize, Guatemala, Honduras and Nicaragua.

The collective, composed of several generations of musicians, spreads word of this wonderful culture worldwide with a music that elevates its roots and transcends them with a rich fusion encompassing latin, reggae, and dub elements.

Do yourself a favor and listen to all their records, and check the below video for a better idea of what they’re all about:

This wraps-up our second round- Stay safe & keep digging!