Story of a track: Katibim

To celebrate the release of Samity's Katibim (feat. Orçun Sünear) on mighty label Dubquake, we took a trip through the past and spoke to the Sofia Steppers Don about the mysterious origins of this anthem ! 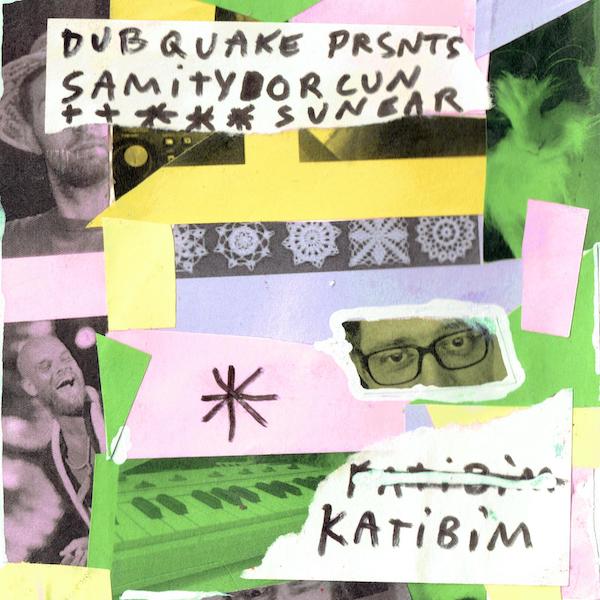 Reggae aficionados might recognize the keys to Katibim in Ken Boothe's classic Artibella, a 1965 Ska, or better yet, in his 1969 Reggae take:


... but this is not yet another modern cover of a Jamaican classic !

Katibim is actually rooted in Turkish folk: "The rhythm is very specific to 19th century Istanbul" says Samity. "We will never know for sure, and the original composer, woman or man, could have been a Greek or Armenian, who were very present in the city at the time, like the famous Tatyos Efendi" he adds.

There are also various ethno-musicologists’ theories floating around, tracing the song’s origins back to a Persian or Iraqi qasida (Islamic poem), or even attributing it to Scottish soldiers stationed in Istanbul during the Crimean war! But the tune as it is known today and which inspired hundreds of covers the World around is a classic Turkü, also known as Üsküdar'a Gider İken:

So popular is the song in Turkey, it inspired a classic movie released back in 1956, and remade into a major commercial success in 1968: Katip, which featured popular musician and actor Zeki Müren, and dramatizes the story of the legendary clerk (Katip / Katibim for "my clerk") from Uskudar, so praised by women who would set eyes upon him. 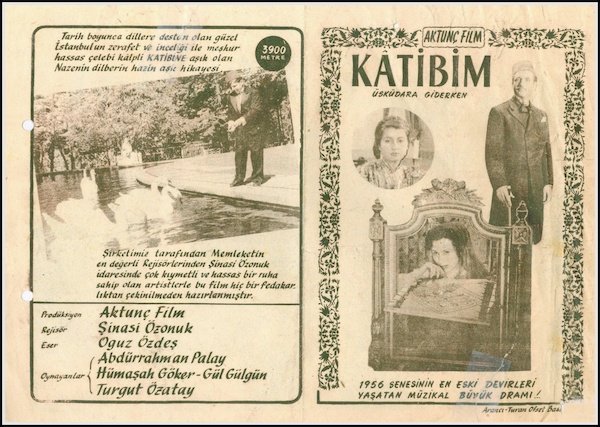 Samity was born in Kardzhali, in the Eastern part of the Rhodope mountains in Bulgaria, an area largely populated by ethnic Turks. His grandmother used to sing many Turkish folk songs and Katibim was one of them. "I was really into the song as a kid" he says, "and it's funny because when I first heard Ken Boothe's version years later as a reggae musician, I instantly loved it but did not make the connection! It took me a few years and I wondered how this old song from way back in the Ottoman Empire had reached Jamaica". 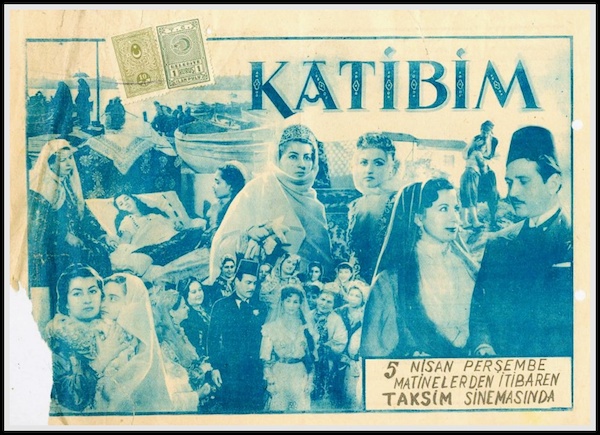 So Samity did a bit of research and found out this incredible piece of music history:

Munir Ertegun, one of the most prominent diplomats from the young Turkish Republic, proclaimed in 1923, was appointed Ambassador to the USA in 1934. He brought his pianist wife with him, and young son Ahmet Ertegun who became a serious jazz enthusiast and eventually founded cornerstone label Atlantic Records in 1947 !

Among Ertugun’s many friends was legendary Eartha Kitt who, fresh back from a tour in Turkey (which may have been an early Cold War soft power effort from the US to seduce Turkey out of Soviet’s influence) and with a bit of Ertegun’s help on the lyrics, went on to record a tune called "Uska Dara" in 1953, sung in Turkish, which is a cover of, you guessed it, none other than Katibim...

The song was a major hit and was performed by Eartha for decades over her career.

Just a few years later was Jamaica's independence (1962), and the island's radios were flooded with US hits, quite possibly bringing Eartha's wonderful take to Coxsone, then Boothe's ears ! 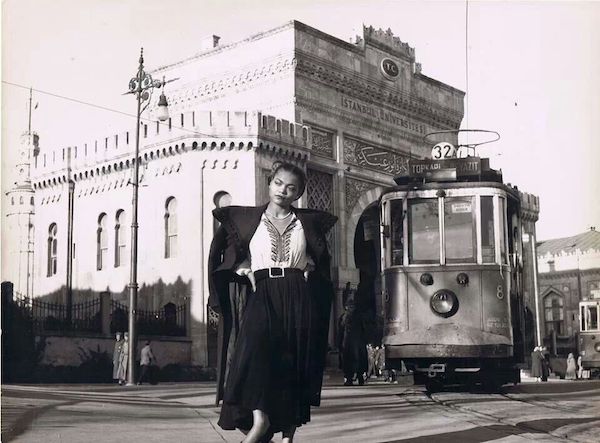 
As for Samity, the project had been on his mind for many years: "After my first gig in Istanbul years ago, I thought I needed something special for the Turkish massive. At first I thought I would try a Reggae cover of superstar Baris Manco, but finally remembered Katibim”;

"I did a first take 4 or 5 years ago that I voiced myself and which I shelved... Then came Covid last year, and I really wanted to do something meaningful for my crew in Turkey who were struggling, so I dug out the track from an old hard-drive, redid the instrumental completely and thought about Orçun Sünear, who is the lead singer in Sattas, one of the biggest reggae bands in the country..." 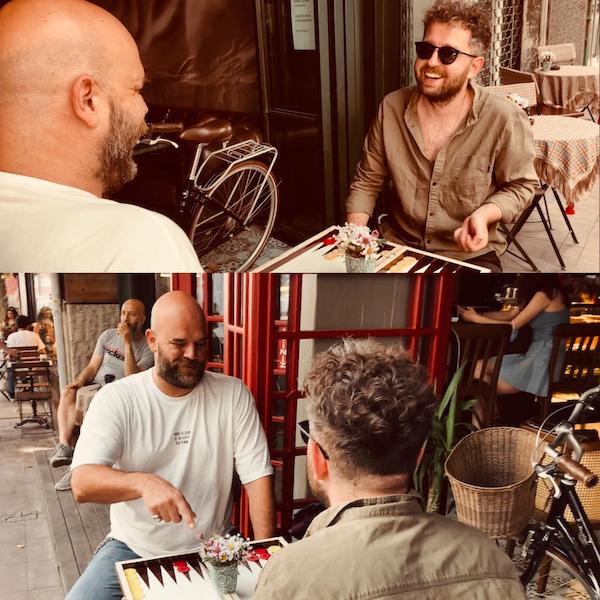 Orçun is a musician and political activist, and a bit of a legend in Turkey !. After years of dabbling in plenty music genres (including Death Metal back in the 1990’s), he founded Sattas in 2004, the most prominent Reggae band in Turkey, and regularly appears on national TV show “Benimle Söyle” (somewhat of an equivalent to “the Voice”). The perfect voice to bring Katibim back…. 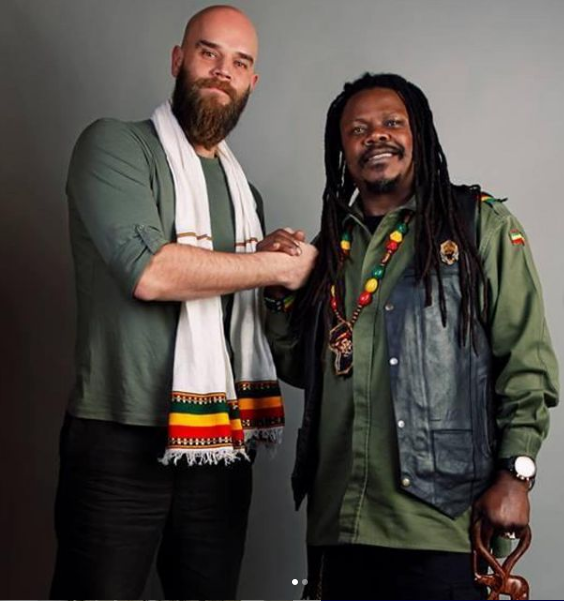 "I wasn't sure what to do with the track, as it was pretty far from the vibe I usually release on my label Rice & Peas records”, says Samity, “so I played it to OBF's Rico, who is also a big fan of Anatolian Folk, Rock and Psych and he instantly suggested to release it on Dubquake!"

Tale of a Reggae anthem in the making….


….And yet, this is not the end of our incredible story...

As it turns out, Katibim's beautiful melody has influenced musicians all over the World for well over a century, and can be heard in the repertoire of early American Klezmer spearhead Naftule Brandwein in this 1924 recording:


... just as well as in Mohammed El-Bakkar's 1957 cut from Egypt: "Banat Iskandaria" (the Girls from Alexandria):


A 17 year old Chiemi Eri, on her way to become Japan’s Jazz superstar, and possibly inspired by Eartha Kitt, also recorded this hot version in 1954:


… and then there is legendary Jazz flautist Herbie Mann’s Uskudar (1967), arranged by another Turkish American, Arif Mardin:


Katibim even reached Kazi Nasrul Islam, Bangladesh’s most famous poet, who probably picked up the melody while fighting the 1st World War for the British empire, and turned it into a national hit that still resonates today: “Shukno Patar Nupur Paye”, interpreted here by Pratima Banerjee (1968):


Of course, while looking-up all this serious history, you could count on me to go and dig-up some twisted homages, such as this obscure, fuzzy, 1970 take by bizarre Argentinian band Kingston Karachi:


Seminal modern Funk and Acid Jazz band Brooklyn Funk Essentials also included this mind-blowing cover recorded in Istanbul in 1998, paying tribute both to Katibim’s origins and Ken Boothe by mashing-up the original with Boothe’s all time classic “When I Fall in Love”:


Legend has it that Katibim may even have inspired the intro to Boney M's massive 1970's hit "Rasputin", even though the band has always denied it (hear for yourself, I for one believe it is clearly there!):


Looking around, one will also find Katibim's far reaching keys all the way in Pakistani, and even Malaysian hits... but even more important is the HUGE and astute debate about Katibim's origins all over the Balkans:

While its Anatolian origins are pretty much established, Katibim has been so present in Albanian, Ashkenazi, Bosnian, Bulgarian, Greek, Macedonian, or even Serbian folklore for generations that a movie based on its controversial attribution was made in 2003:

"Whose is this song" is a beautiful, and super fun documentary about Bulgarian director Adela Peeva' s quest for Katibim's (facetiously) disputed origin; she traces the debate back to a dinner she was having in Istanbul where herself, a Turkish, a Macedonian, a Greek, and a Serbian friend all would have recognized the song as coming from their own country !

The film is poignant at times (when you can see nationalism take its ugly shape), and often emotional, and it’s well worth the 5 bucks to watch on Vimeo’s on demand platform !

So... I hope this little piece will inspire you to look back into the hundreds of major versions of the "Everybody's Song"; or dig deep and find cutting edge Uzbek or Afghani covers (no kidding though, there are some) in between two loud sessions of Samity's fantastic reboot... and I for one will wrap it up with this gorgeous 1949 recording by Safiya Ayla, a cardinal Turkish singer (who may have inspired Eartha Kitt):


Finally, if you can't get enough of this legendary tune, check out the Katibim playlist on the Asymetrics channel !