Premiering a killer Chinese Dub vinyl, and introducing a unique label dedicated to B-Boy friendly 45s production, spearheaded by the one and only Nick “DJ DSK” Wang. 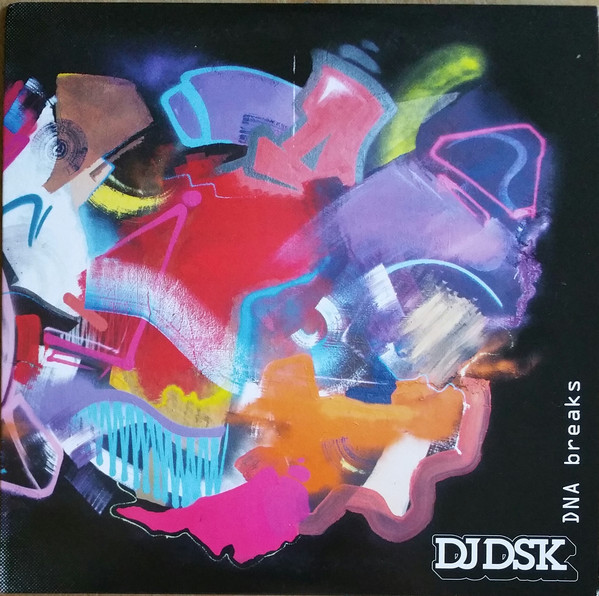 There’s a lot to unpack with DNA Records...

... a young yet super active imprint based in the UK and China, ran by a unique kind of DJ, DSK, who spends his time between Southampton and Kunming, Yunnan, and has dedicated most of his adult life pushing the boundaries of Hip-Hop, from graffiti to dance and Djing…

Bulang Beauty is originally part of a beautiful album, released last year on CD and digital by the cutting-edge Sea of Wood label, straight out of China’s remote Yunnan province, and dedicated to the region’s dazzling music mosaic – where ancient tribal folklore meets Rock, Reggae and Psychedelic beats - ran by the legendary Sam Debell, a multi-talented musician, also behind the hugely successful band Shanren.

With musicians from many backgrounds and origins, Puman is pioneering a deep Reggae sound heavily influenced by traditional songs from the many tribes of southern Yunnan, such as the Dai, Yi, Wa, and of course Bulang.

Watch the below documentary by band-member Sean Weatherall to get deeper into Puman’s travels and adventures in making Bulang Beauty:

Having had his hands in the process of getting Bulang Beauty mastered and dubbed by none other than Nick Manasseh, dj DSK had the brilliant idea of pushing a unique vinyl cut, featuring his own trip-hop infused edit – rocking stuff !

Now, for the backstory: after a few successful releases of scratch tools and music with friends Dinked records, riding the portablism wave, DSK logically launched his own imprint in 2018.

Thought as a vehicle to push mad scratch 45s and dancefloor-aimed dj edits (such as the Sausage Fingaz series), DNA quickly became a platform to also release original material from DSK’s huge network of musicians, dj’s and B-Boys. 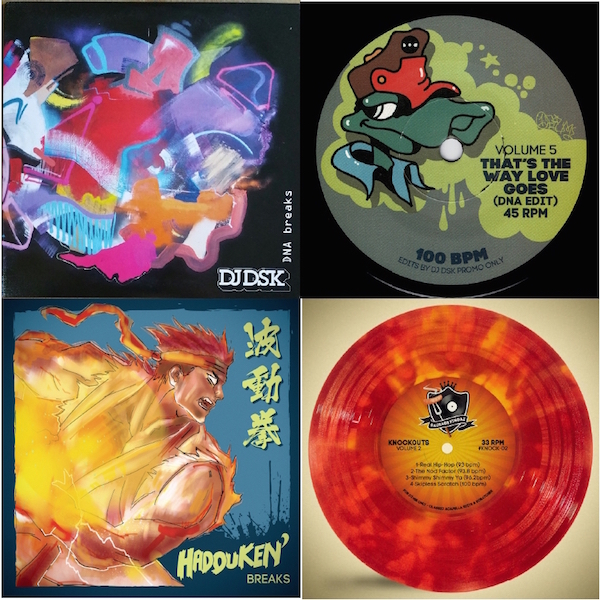 All of these records are limited editions, and the scratch tools and edits are notorious collectors’ items among the 45s DJ community – but what particularly tickle me are the original releases: from legendary UK B-Boy Ill Boogs’ Seven Five, or the Shelley Mack Band’s Ancient Artefacts, to Robert Torres’ Falcon Claw, this is serious Funk for the heads ! 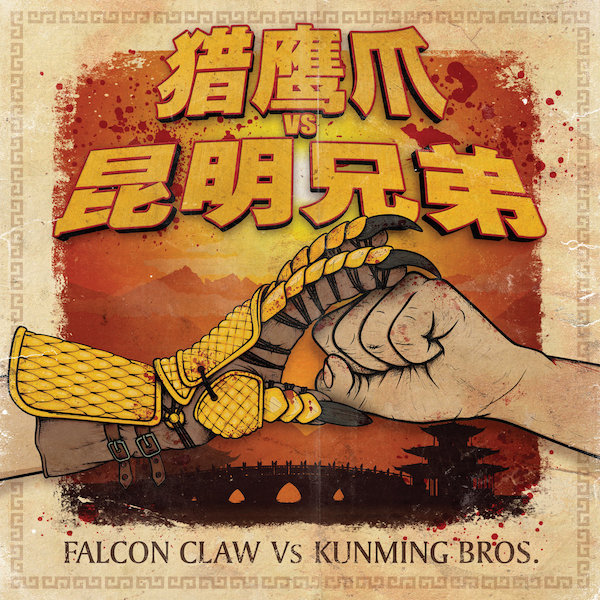 Falcon Claw comes with a story too! Composed by Robert Torres as a soundtrack for a Kung-Fu movie back in the 1970s, it never got picked up and remained on a sole demo cassette tape, recorded with weird disturbances from a neighbor’s CB radio.

Torres would regularly play it to his son Kris, describing it as his personal theme song. When Torres passed away, Kris, who had grown to become co-owner of Kunming hot spot** Salvador's**, played the tape to DSK, who immediately caught the tune’s distinctive groove and decided to release it to the World !


Also worth checking out is DNA’s infamous release Juice Crew Law, a tribute to MC Shan’s 1980’s B-Boy anthem, and salute to Asian all-star B-Boy collective "Juice Crew", based in Shanghai andput together by famous Korean B-Boy Physicx - check the music video below:

The flipside to this 45 is also red hot, featuring none other than Akil (Jurassic 5), and DSK's long time collaborator Mysdiggi.

I met DSK in Kunming in 2004. He had been there for quite some time already, after having spent years dragging his record bags all over South-East Asia…

Escaping the UK’s grey weather in the mid 1990’s, the savvy breakdancer and DJ simply moved his passion around, tagging along groundbreaking hip-hop movements in Thailand, Vietnam or Cambodia (where he incidentally ended up featuring on the soundtrack of one of the country’s prominent movie directors).

DSK eventually landed in China’s Yunnan province, fell in love with the incredible culture and fascinating landscapes, got married, and decided this was where he would promote Hip-Hop culture !

Nearly 20 years ago, this was not an easy task: while Hip-Hop is now huge in China, in the early years of the 21st century there was mainly a few ultra underground crews in cities like Beijing, Shanghai, or Guangzhou (the latter having an incredibly rich graffiti scene), and very small growing scene in Kunming (including a few crazy cats, but I’ll keep some of those stories for another Asymetrics article)…

Around that time, DJ DSK has also worked for Akai, Alesiss and Numark to show and promote their MPC and DJ gear in China and toured with them throughout Indonesia.

So, to keep the story short: DSK slept rough a bunch of times to go scratch in the most remote places – I still remember the time he got me a booking in Inner Mongolia, proudly telling me how the venue got me a hotel room, while when he went there he had to spend the night after the gig in a public bath -; he taught scratching to beginner kids in obscure “dj schools”, played insanely good shows to audiences who only wanted to hear Britney Spears, got in many fights and arguments, but of course mainly rocked hundreds of dancefloors, and it all paid off !

Eventually getting involved with the Battle of the Year’s Chinese and Asian editions – he served as official dj for many a B-Boy competition, like BOTY, Freestyle Sessions, or UK B-Boy Champs, and helped Chinese crews get their visas and chaperoned them to some of their first World battles in Europe.

After a further decade coordinating Kunming’s top underground venues, Nick is currently back in the UK and more active than ever with his label, as well as regularly dropping bomb tracks on other labels:

The Asymetrics are stoked to feature this gem of a first Reggae release, and we can’t wait for what's next with DNA !