A beautiful patchwork of selected pieces by Greek illustrator Mirtogi, delivered with a mixtape ! 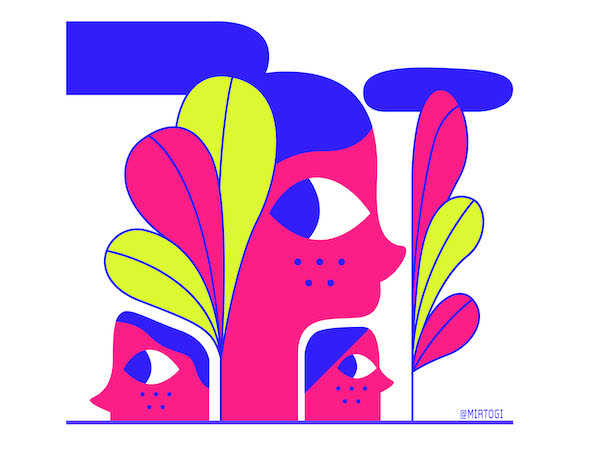 Myrto Giotakou aka Mirtogi, is an Athens-based illustrator and visual designer, passionate about the use of vibrant color combinations.

She draws inspiration from different stimuli, like comics, traditional and digital paintings, or musical sounds, and tends to experiment and produce pieces that indicate her state of mind.

We asked Mirtogi to share a collection of her work, simply described in her own words, and received this beautiful patchwork, along with a cool exclusive mixtape ! 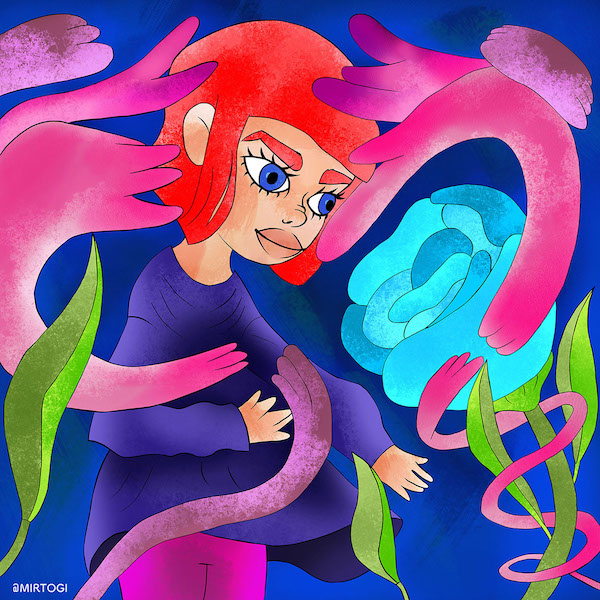 Started from imagination without knowing what will come out of it from the beginning, but it's one of my favorite drawings. If I was to remake it, I would change her eyes and the overall color-palette which was very spontaneous. 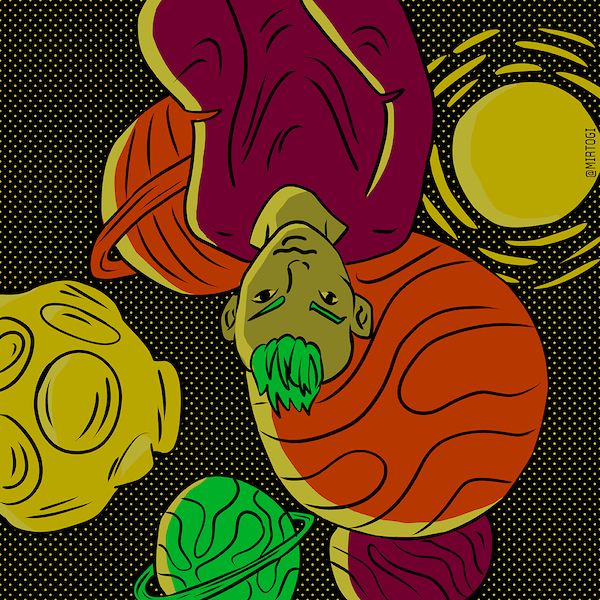 Inspired by the music video "Sing Song" by Rone. I arbitrarily used a scene from that video as inspiration reference and reconstructed it in my style. 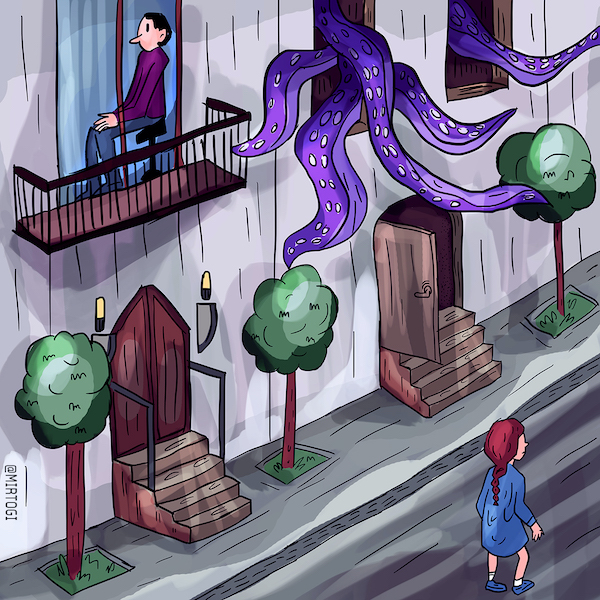 Heavily influenced by a fellow artist I discovered at the time, who makes very intricate scenes with buildings. Usually I don't attempt to draw environments, as I find people more interesting (in a cartoon style), but enjoyed making this one a lot. It looks a bit like intentionally dystopian sci-fi scene, but the octopus was actually drawn in on the last minute. 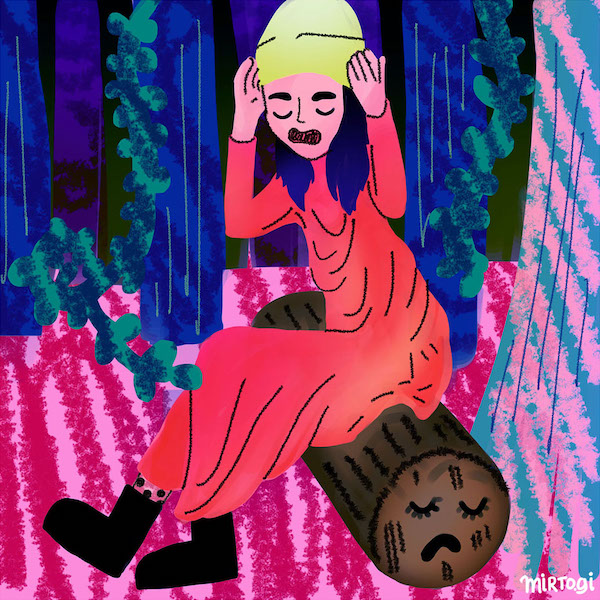 Mood doodle, which pretty much sums up the mood I was in on the occasion. 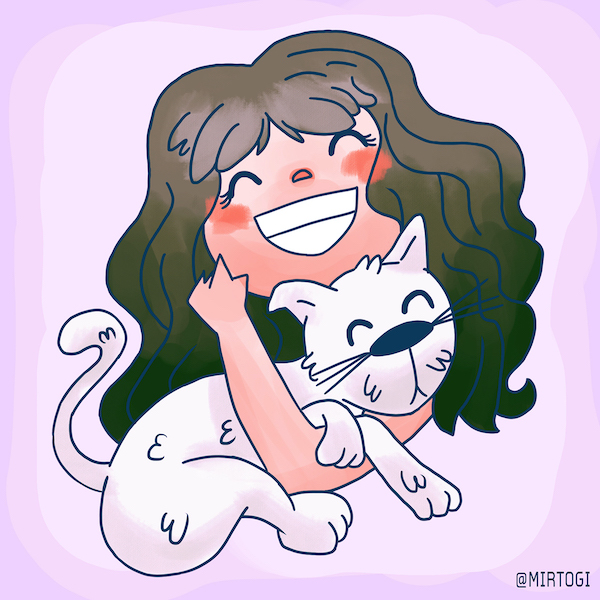 Freestyle doodle experimenting with Photoshop, trying to get steady and thin line-art, which was basically the mission behind this and other drawings. 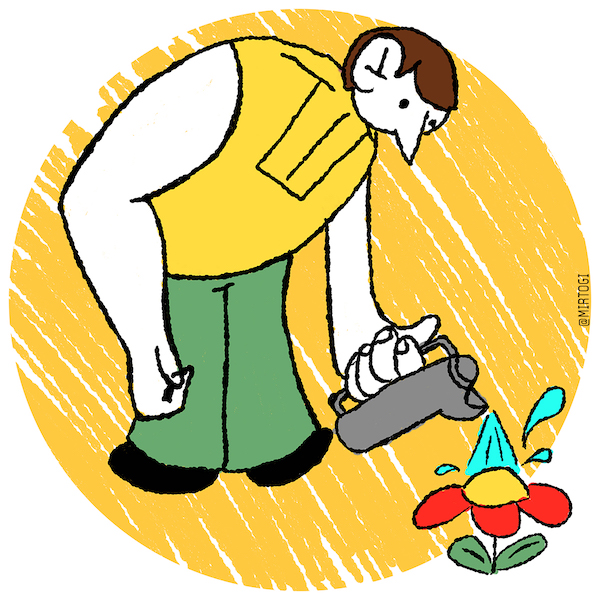 This is one of the doodles that I wanted to trash afterwards, dissatisfied with the result, but, in retrospect, I find it kinda interesting. This happens a lot with doodling: You might hate the result, while some months later, looking back, you think 'this is kinda cool', especially because it's not exactly 'my style' but a result of experimentation of the moment. 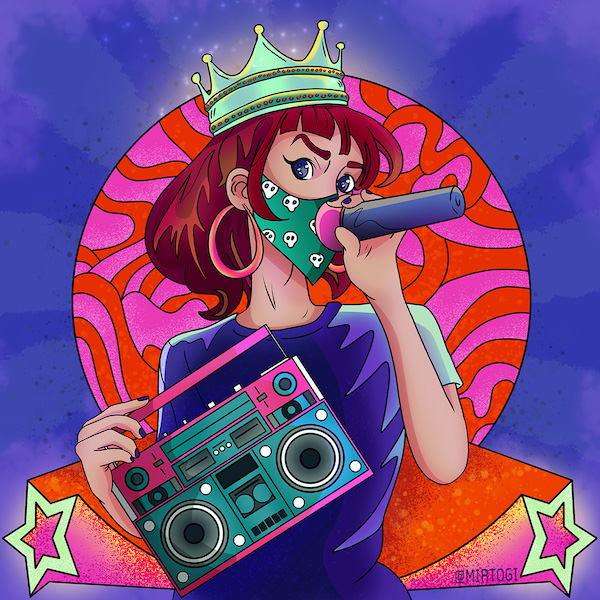 Cover art for the single "La Reina Del Funk". This version is without the lettering. It was probably the first time I created something new by combining pre-existing pictures as base (references). I usually draw from imagination, but I think there is a middle ground between freestyle and planning, which is best. 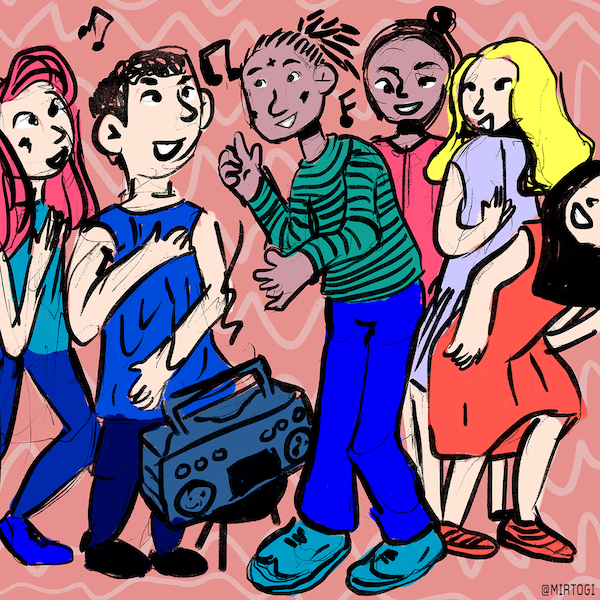 Rough doodle, where I tried to represent the positive vibe of reggae concert in a cartoon way. 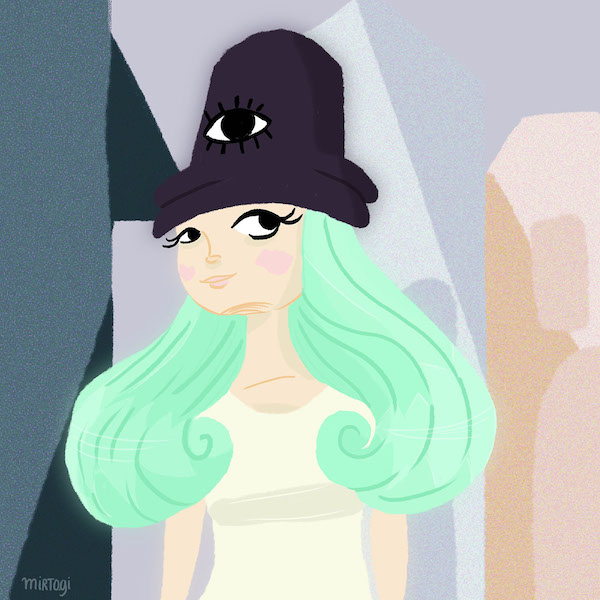 Experimentation with drawing techniques in Photoshop. 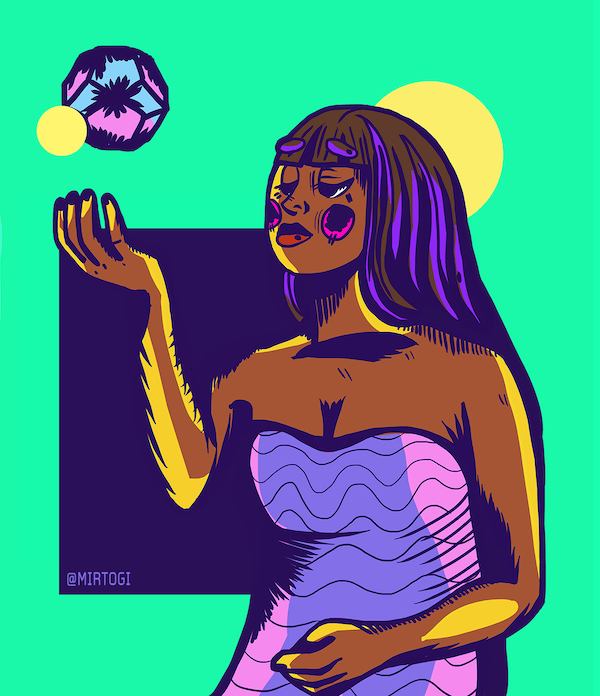 Inspired by the cover of "Birds And The BEE9" by Sampa The Great. Redrew her pose in a different cartoon way.

The word inspiration is "fresh" as part of 'Childhood Week' spring '20, a drawing challenge on Instagram for every designer to participate. It was the first time I approached 'children illustration'.

Music cover for an album by Greek MC ENA DYO. The elements seen in the main cover (zebra, bus, tree, spray can etc) are also met in the individual art covers made for every track. 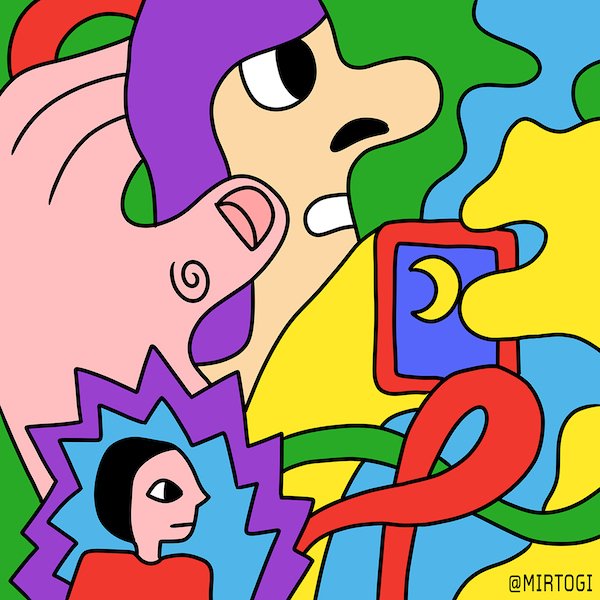 From a series of continuous line-drawings (summer '20). Lack of inspo combined with an urge to make any sort of marks on paper was what led me to these colorful abstract doodles with no particular narrative. 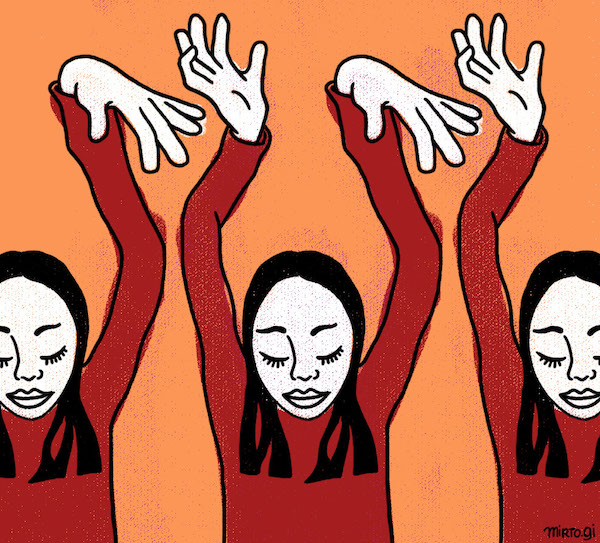 Digital remake of a pen doodle I bumped into in an old sketchbook from '11. 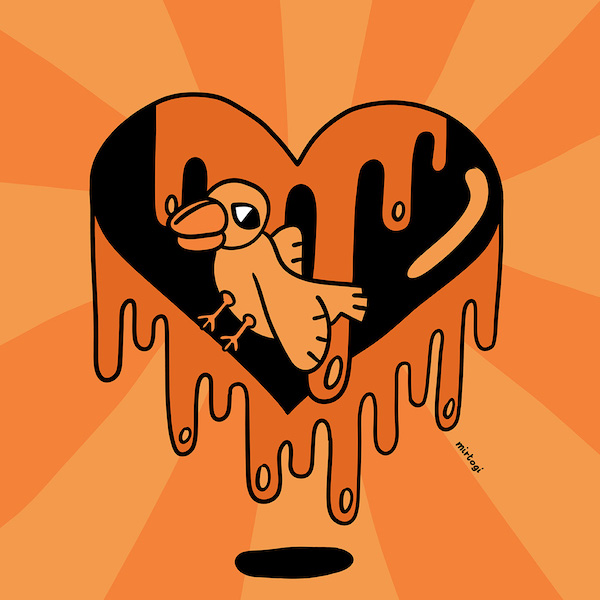 From a series of minimal comical illustrations inspired by words and poems (made autumn '20), I aim to turn into a zine one day. 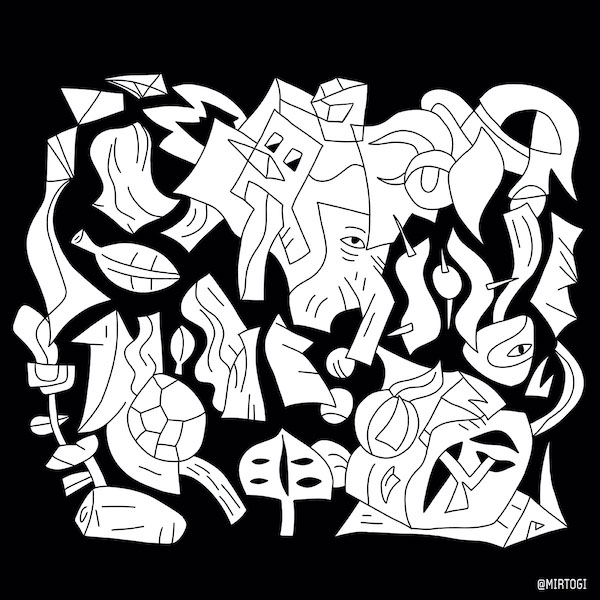 Abstract freehand minimal black and white digital drawing. The inspiration for this was the background music I was listening to on the occasion.

Minimal vector art, with the scope of animating it, to learn to use the animation software.


Hope you enjoyed the ride ! You can find out more about Mirtogi on her website / Instagram / Ello page / Vimeo

... and check out her mixtapes on Soundcloud & Mixcloud